7 Things About Plastic That Plague Us

Versatile, pliable, durable, cheap to produce and ubiquitous- well, the plastic isn't all of that. It's a bane too. The plastic- a substance invented in 1950 to make its life easier than ever before has now started to threaten its very own existence as plastic pollution has contaminated everything without which humans can’t survive.

From our cell phones to laptops, from water bottles to the food plates, everything is made of plastic and once it serves its purpose, it’s thrown. But once thrown, it remains there forever polluting our surroundings because plastic never gets decomposed. Not even after thousand years. Whether it’s the oceans, rivers, ponds, land or even the very air we breathe in- plastic has poisoned every shred of nature around us. It’s high time the adequate steps should be taken because it’s already too late. 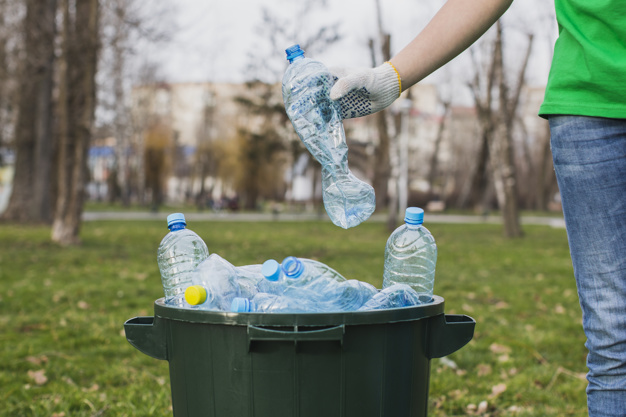 Here are some facts about plastic that show if necessary steps aren’t being taken, it’s all over for humanity.

Since the 1950s 8.3 billion metric tons of plastic has been produced across the world and nearly half of the plastic has been produced post-2000. For example, in 2016, world plastics production totalled around 335 million metric tons and since plastic remains as it is without getting decomposed, the recycling is the only option by which it can be contained.

2. Only 9 per cent plastics get recycled, rest is thrown

This answers why most of the oceans are now filled with plastic garbage polluting and killing the marine life. Some 18 billion pounds of plastic is thrown into the oceans across the world and biggest of the patch of plastic in the ocean is the Great Pacific Garbage Patch. It is a portion of Pacific Ocean where garbage has got collected due to the current of water and it roughly has 79,000 tonnes of plastic garbage. Discovered in 1997, the patch is spanned in 617, 673 sq miles which the twice the size of France and roughly contains 1.8 trillion pieces of plastic. Plastic recycling rates are highest in Europe at 30 per cent. China’s rate is 25 per cent. The United States recycles just 9 per cent of its plastic trash.


3. China produces maximum plastic where the US uses the most

Half the world’s plastics are made in Asia. The lion’s share of that 29 per cent is made in China, home to 18 per cent of the world’s population. The rest of the Asian countries produce 21 percent of the plastic. The nations in North America Free Trade Agreement including the US produce around 18 per cent of the plastic whereas Europe produces around 10 per cent. But when it comes to consumption the US uses the most. The average annual plastic bag usage in the US is highest. A whopping 100 BILLION plastic bags are used by Americans every year. Tied together, they would reach around the Earth’s equator 773 times.

4. A million plastic bottles are bought every minute

This is the biggest source of plastic menace. In order to make our lives a bit more comfortable, humanity is forsaken our future. The world buys a million plastic bottle carrying water, soft drinks, and what not and this number will top half a trillion by 2021. And to make it worse, only half of these bottles get recycled. No wonder our oceans are filled plastic bottles.


5. 40% of plastic produced is used in packaging alone, used just once

6. Eight per cent of world’s oil is used for manufacture plastic

Oil has arguably resulted in several wars across the world, but ol all is not used to move vehicles. In industries, nearly 8 per cent of this oil is used to create plastic yearly which will further suffocate earth and push it further towards being lifeless.

7. Oceans have more plastic particles than milky way has stars

Roughly 8 million metric ton of plastic is dumped into oceans across the world which makes it containing more plastic particles than the number of stars in galaxy milky way.

To Know More Information About Best State Board Schools in Thane Contact Us @ (91-22) 2597 2814 Or Email Us At - saraswatividyalaya@gmail.com